The Chinese love their motorsport—a little bit more with every passing year. And their drivers are enjoying ever greater success, too. But it was a female Swiss driver who took the top spot on the winners’ podium after the tenth round of the Audi R8 LMS Cup in Shanghai.

Rahel Frey is really just a slip of a girl. She stands exactly one meter, sixty-three centimeters tall. But anyone who thinks that makes her a pushover is sorely mistaken. The Swiss racing driver is not only tough, audacious and fast but in the tenth round of the Audi R8 LMS Cup event, she also proved she’s the best. That makes her the first woman to win an event in the single-make series. Former F1 pilot Alex Yoong together with subsequent 2013 Audi R8 LMS Cup winner Adderly Fong and local hero “Franky” Cong Fu Cheng had to content themselves with coming in as runners-up.“Rahel is an exceptionally talented driver and it was great to see her rewarded with a win today. Hopefully, this will inspire more Asian female drivers to participate in motorsport,” said a delighted Rene Koneberg, director of Audi Sport customer racing Asia. “It was a thrilling race and very entertaining for the spectators. I started from second on the grid but then fell back a couple of places in the unfavorable outside lane on the first corner. In the battle to make up lost ground, I got into an extended and punishing dogfight with Cheng. Our cars even came into contact a couple of times. But there was no foul play, just honest to goodness racing,” says Rahel Frey, describing her victory. 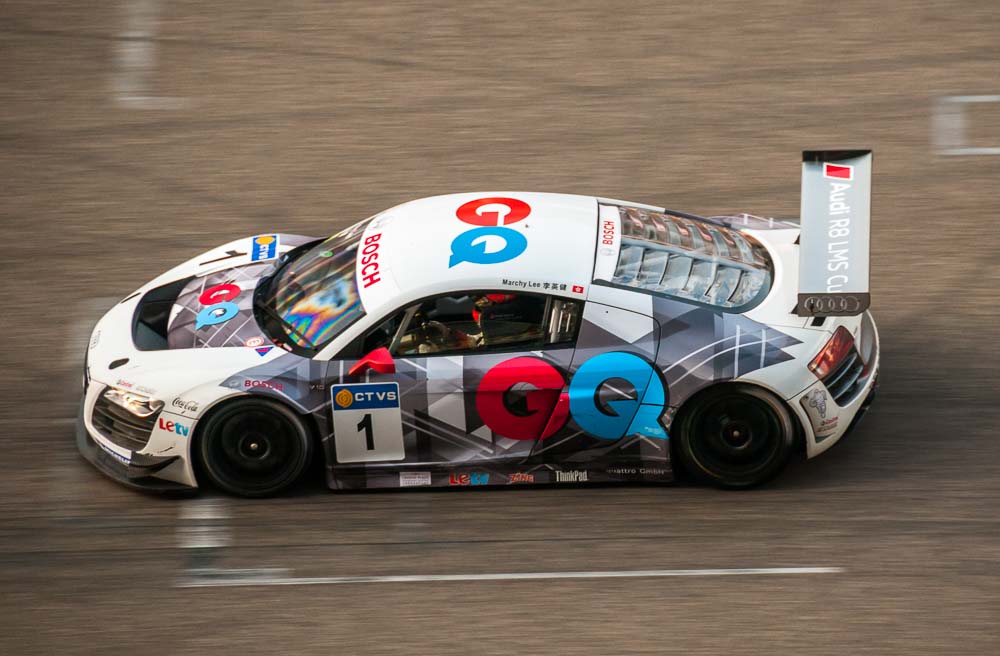