Innovation in China: The Swiss Contribution.

Switzerland’s passion for new ideas and products has led Swiss firms to use this approach in their China operations, with varying tiers of innovation.

Switzerland is well-known for innovation, and it ranked first in last year’s INSEAD Global Innovation Index for the fourth year running. The reasons for this are various, but certainly, a great number of Swiss companies place great importance upon producing new products and ideas and taking them to market — something that has allowed them to compete around the world.

In comparison, China came in at 29th on the INSEAD index, one of the highest positions for a middle-income country, and even more impressive as it ranked 35th in the 2013 report. Multinationals have both contributed to and benefitted from this rise, and between 2000 and 2013, the number of foreign invested R&D centres in China rose from fewer than 200 to over 1300. According to research from the CEIBS Centre for China Innovation, China is now the most popular country in the world for companies to set up R&D facilities. The Chinese government is certainly pushing this trend, and has publicly set a target of having 2.5 per cent of GDP invested in R&D by 2020. 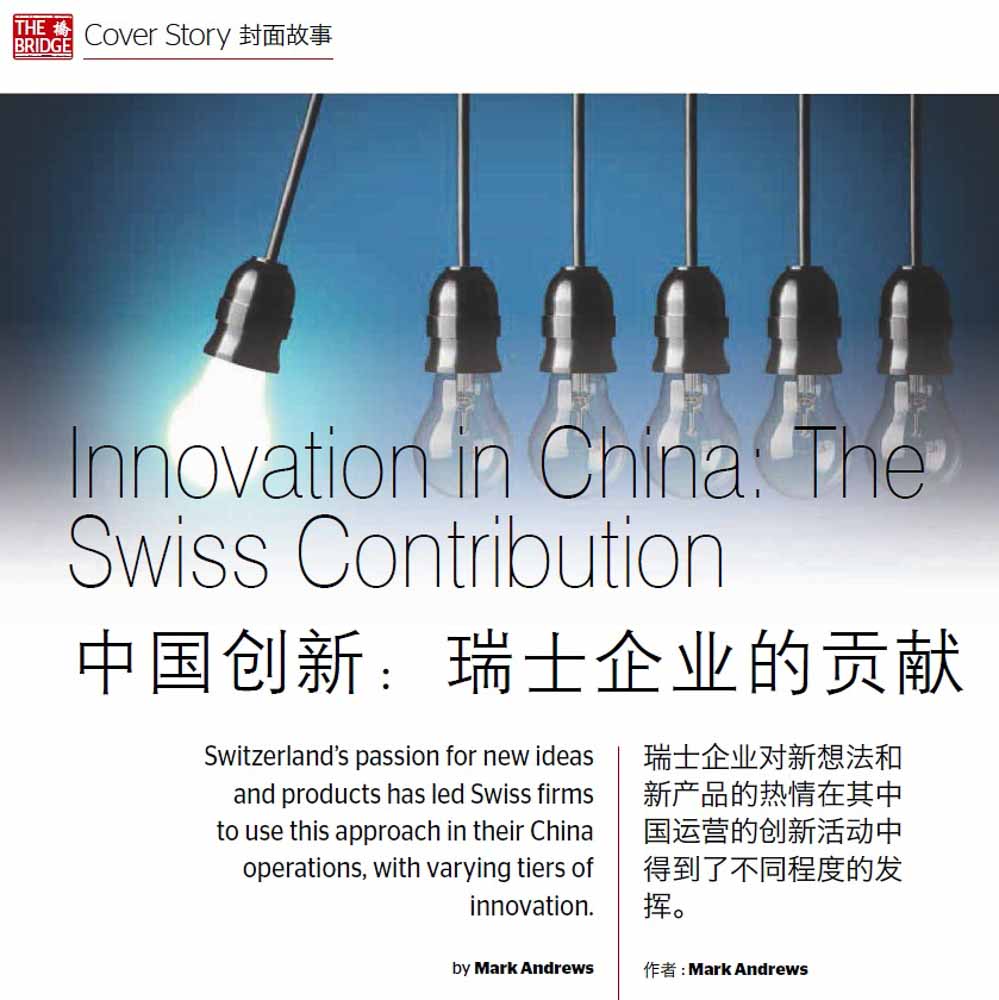