On the opening morning of the Guangzhou Auto Show, an EV carrying six people drove out onto the stage of the GAC stand. Whilst EVs were two a penny at the 2019 show, this car was different; firstly, although it’s a concept, it is a working one, and secondly it is a record breaker. The numbers in the concept’s ENO.146 name tell the story – this is the car’s drag coefficient, making it the world’s most aerodynamic passenger electric vehicle.

“Recently in the automotive world, there are a lot of show cars coming out but most of them are targeted on the topic of CASE (connected autonomous shared and services electric) – however, most of them stay at the idea phase and you will also notice that all of them are becoming too similar. Especially when it comes to autonomous driving – eventually the car will become a box with four seats inside,” began Zhang Fan, GAC’s vice president of R&D. 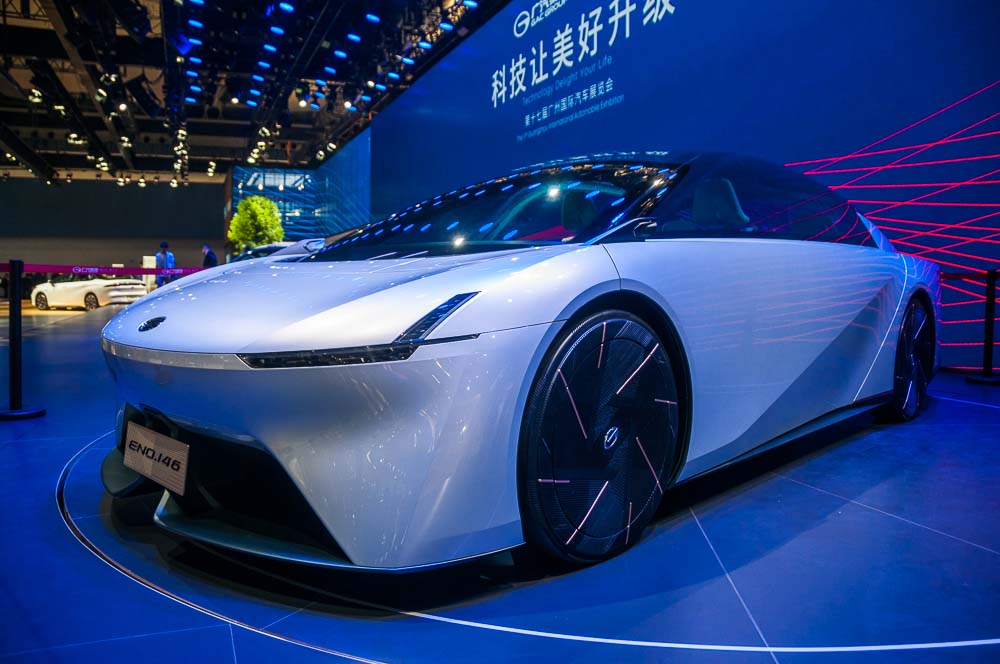