Why are drink prices so high in Shanghai when wages are so low and alcohol taxes are not a major factor?

Whilst you’re waiting for your drink you have a sneaking suspicion you’ve been had. You’ve just handed over a similar amount to what you would pay in London, Sydney, or New York but surely that pretty young thing behind the bar is only on something ridiculous like Y5 an hour. And where’s the huge tax? Did beer go up by Y4 a pint at the last budget? Fear not. We’ve set out on a hard, dangerous mission to find out just where your money really does go.

First port of call was neighbourhood bar Free Soul on Changle Road. Here Sky, the manager, was worried to talk. She had images of being lynched by an angry mob “I can give you that information but all the other bars will be really angry with me.” Generally these small bars appear pretty empty. Refuting claims that a lot of them are just money laundering operations Sky retorts that “two or three good nights a week are enough to stay in business.”

Unfortunately I cannot find an electronic version of this article. 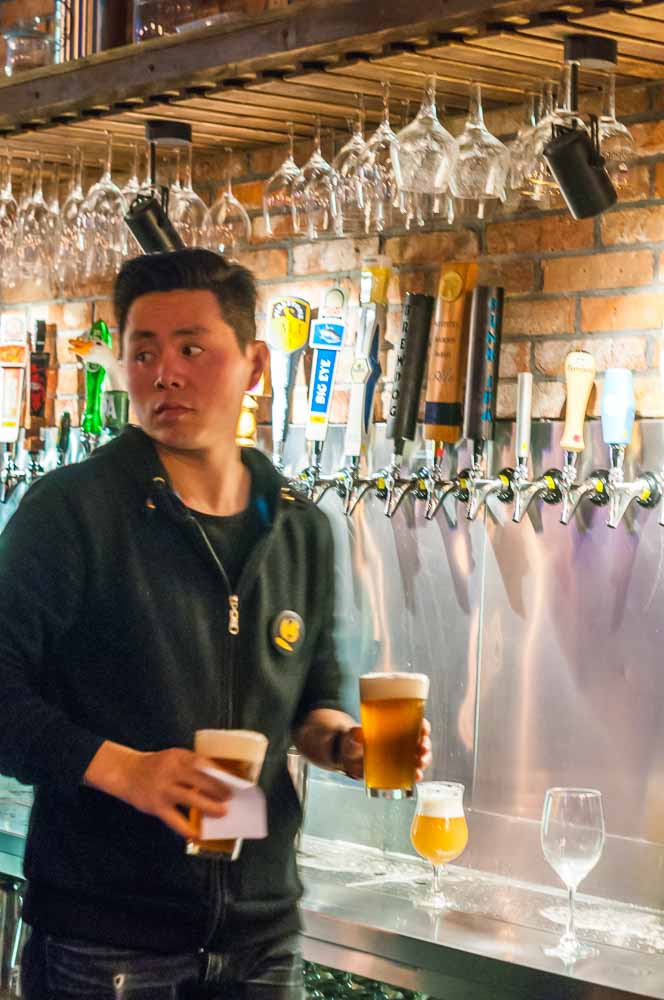