Chinese startup Luckin Coffee is expanding at a breakneck pace. How will Starbucks and other coffee players respond?

In years to come, the opening of the Starbucks’ Reserve Roastery in Shanghai in December 2017 may be seen as the zenith of the Seattle-based coffee chain in China. It was the largest Starbucks in the world when it opened, and the constant line-ups of fans outside the door showed how business was booming in the Middle Kingdom.

Back then, Luckin Coffee had just started, and few people predicted its meteoric rise. Luckin is the first Chinese challenger to Starbucks, which for nearly two decades was the only major coffee chain in China. In May 2019, Luckin raised $561 million with an initial public offering (IPO) on NASDAQ. It is now opening stores at a furious rate and aims to have more China outlets than Starbucks by the end of 2019. 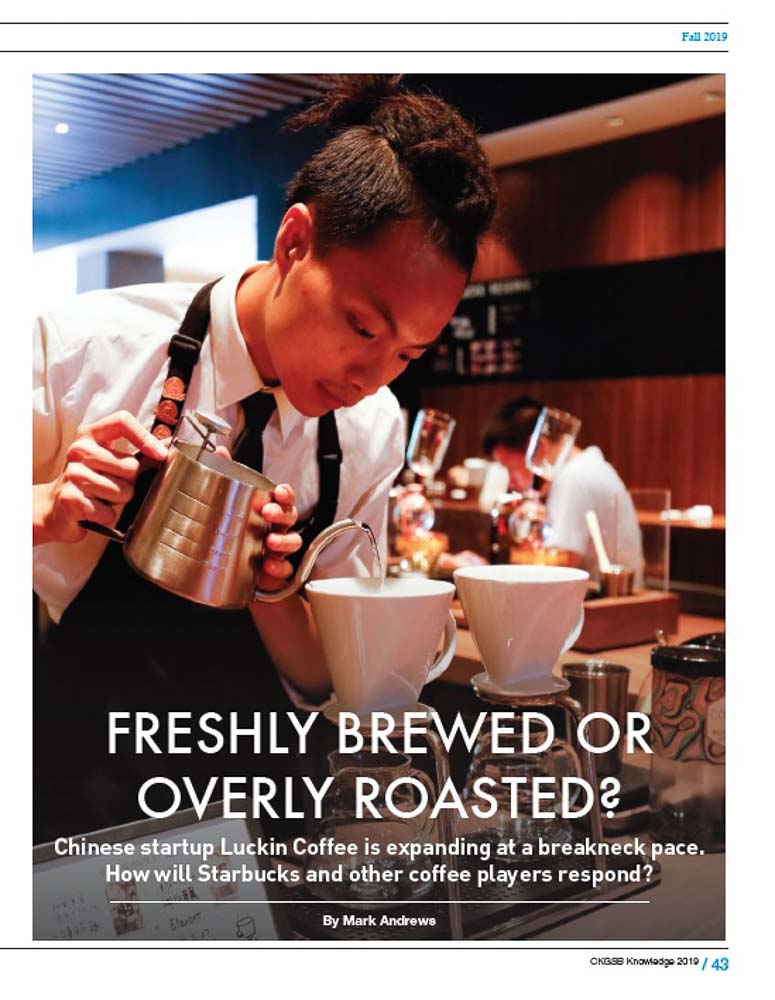