A look at media organisation TOM Group and its operations.

In recent months, TOM has been in the headlines frequently, seemingly on a shopping spree. If you don’t know the company by now, there is a good change that you soon will, as it makes inroads in the media market here through partnerships and takeovers.

TOM’s birth was in October 1999 when it was formed from a spin-off of Hutchinson Whampoa’s and Cheung Kong Holdings’ media branches under the name TOM.com. As such the real father is Hong Kong tycoon Li Ka Shing. February 2000 saw an IPO that was 669 times oversubscribed. Many commentators dismissed TOM.com for what at the beginning was a portal with little content. And, things got worse as its share price tanked in the ensuing bursting of the dot com bubble. 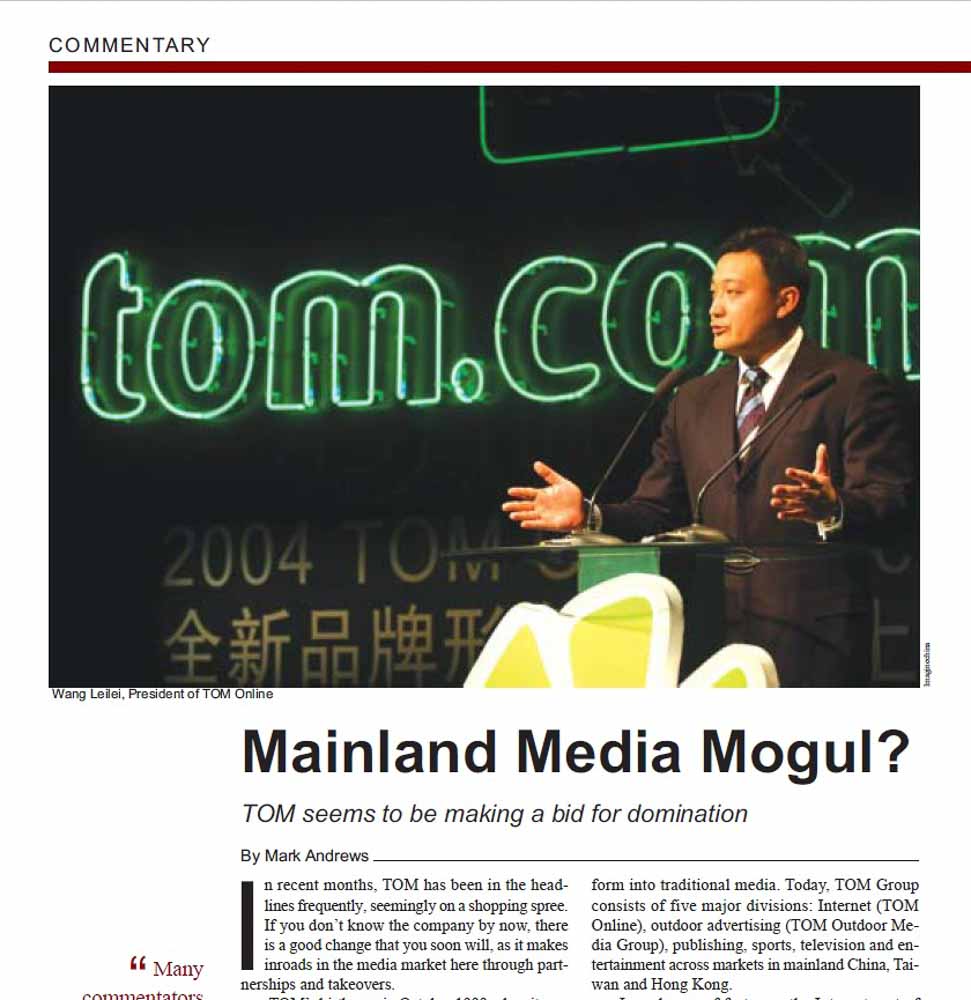