Yangzhou: Salt of the Earth.

Experience a more cultured way of life in Yangzhou.

An old saying in Yangzhou roughly translates as “in the morning, you pour water onto your skin and in the evening you soak your skin in water.” For the cultured Yangzhou citizens of old, this means starting the day in a teahouse and ending it in a bathhouse. Guests staying at Shangri-La Hotel, Yangzhou can experience Yangzhou’s age-old tradition right here at the hotel, but there is a lot more to explore in this 2,500-year-old city which has served as capital to a number of kingdoms.

Canal Connection The key to Yangzhou’s former prosperity was its location near the juncture of the Grand Canal that travelled between Beijing and Hangzhou. Merchants gained control over sea salt produced from the marshes in northern Jiangsu and used Yangzhou as the distribution hub for seven nearby provinces. As a monopolised commodity subject to government taxation, salt made Yangzhou a wealthy city. The affluent merchants used the money to indulge in the arts, a legacy that can still be seen today. 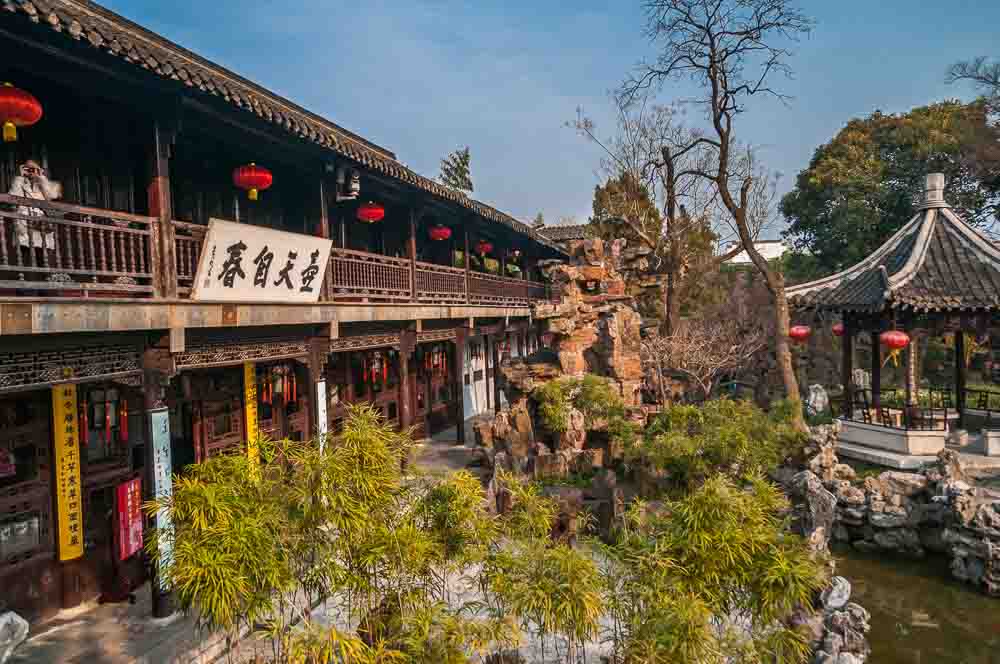