On Your Bike in Vientiane.

You want to explore the glories of the past but you don’t have a time machine — get a bicycle. KS pulls a wheelie in Vientiane, Laos.

Cycling along the bank of the Mekong we soon left behind the bustle of the city. Not that Vientiane could ever really be described as busy. But here, as asphalt gave way to dirt track, life changed down a gear. Just ten minutes away from the city, it was as if we had entered the countryside

The capital of Laos is just on the other side of the Mekong from Thailand. Vientiane really should be pronounced as Viang Chan, the international spelling is inherited from the country’s former French colonial masters. The name comes from Pali, the liturgical language of Theravada Buddhism, and means Sandalwood City. 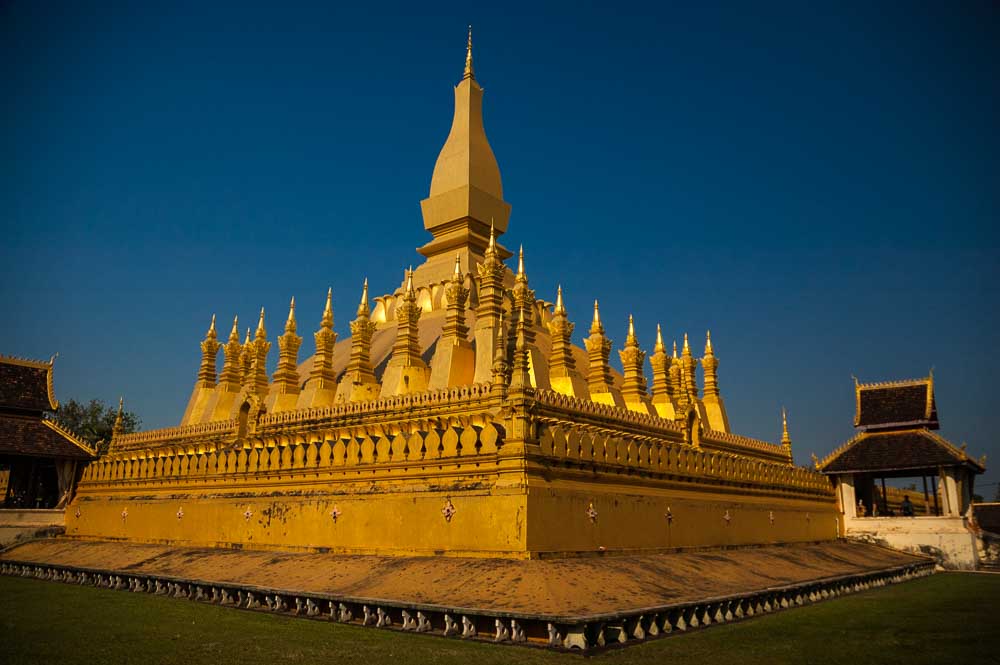