How to adopt a child in China and a look at one family that has adopted two Chinese girls while living Shanghai.

When the Calton family goes out, people have to do a double take. Not only do they have four children – unheard of in China -, but their two girls are Chinese. Their juxtaposed life of being an American family living in an expat compound in China with two Chinese children is nothing new to the family’s father, Tim. He first came to grips with the Chinese language while a missionary in the Chinatown of Sydney, Australia!

And it was the Chinese language that was the start of his family’s road to adopting Anna Leigh and Sharly. Suzanne, now Tim’s wife, was also a member of the same church and had been a missionary in Taiwan. These common interests led to her meeting Tim. 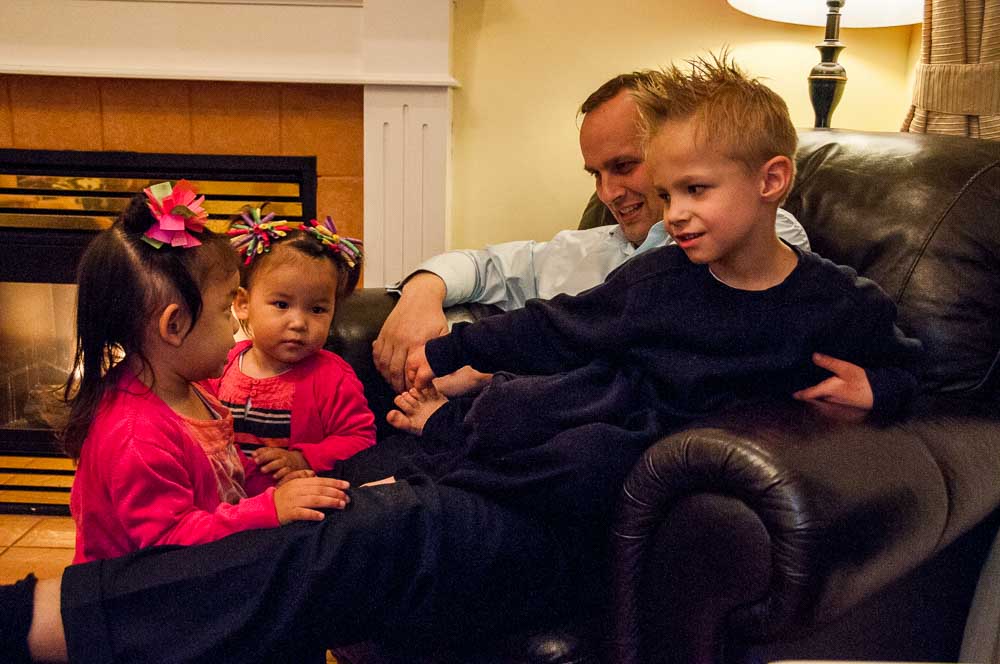