Should MG go Electric? Test drive of the Roewe ERX5 EV400 and talk about whether it makes sense for an MG version.

Mark Andrews drives the MG GS’s electric Roewe twin in China, courtesy of a car sharing scheme in the company’s home town of Shanghai.
In China, Roewe – created by SAIC after they bought the intellectual property for the Rover 25 and 75 – has always outsold MG. Quite why is probably enough for a whole different article, but suffice to say that MG initially going to Nanjing Auto and then reuniting after the ‘merger’ didn’t help. 2016 was the best year yet for both brands in China, and 2017 final figures will exceed these. However, while MG accumulated 80,389 units, it was outshone by Roewe which achieved an impressive 241,328 cars sold. For Roewe that was almost two and a half times its 2015 sales, and this was largely on the back of two factors. Firstly, the unrelenting rise of China’s new energy vehicle (NEV) market. 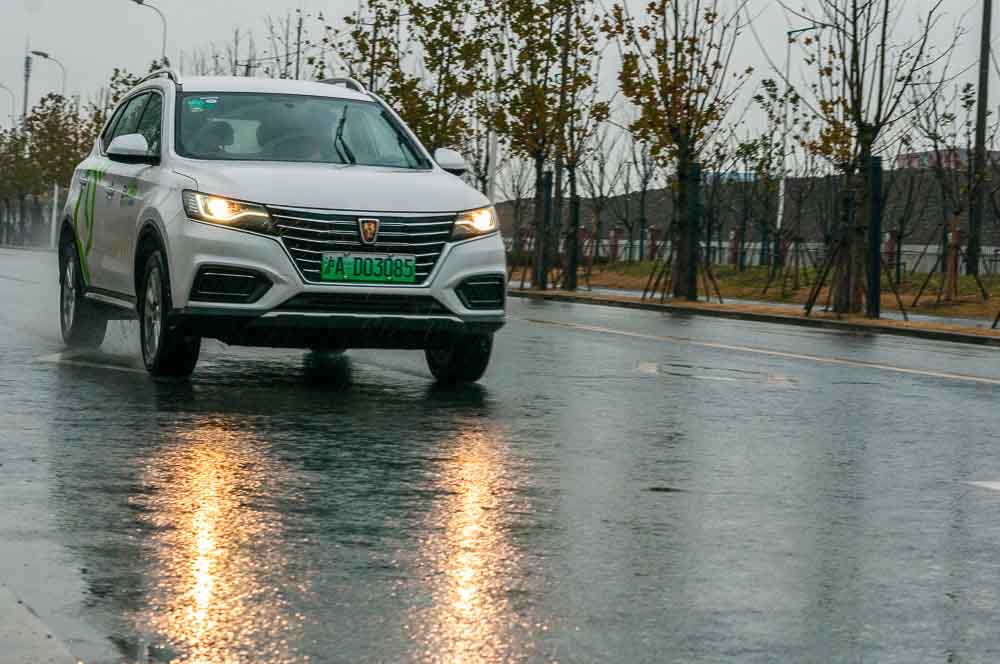