All around the watchtowers.

Ask someone on the street in Kaiping, Guangdong province, what the population of the town is and they may well say, “680,000, plus 750,000”. The fact that many members of this overseas “population” may never have set foot in Kaiping does not matter; this town is a symbol of 19th century emigration.

Unesco named Kaiping a World Heritage site in 2007, because of the tower-like structures, known as diaolou, that dot the surrounding countryside. At one time they numbered as many as 3,000 but at the last count there were 1,833 of what today appear to be follies. Twenty buildings in the villages of Sanmenli, Zili, Majianlong and Jinjiangli have been added to the Unesco list. 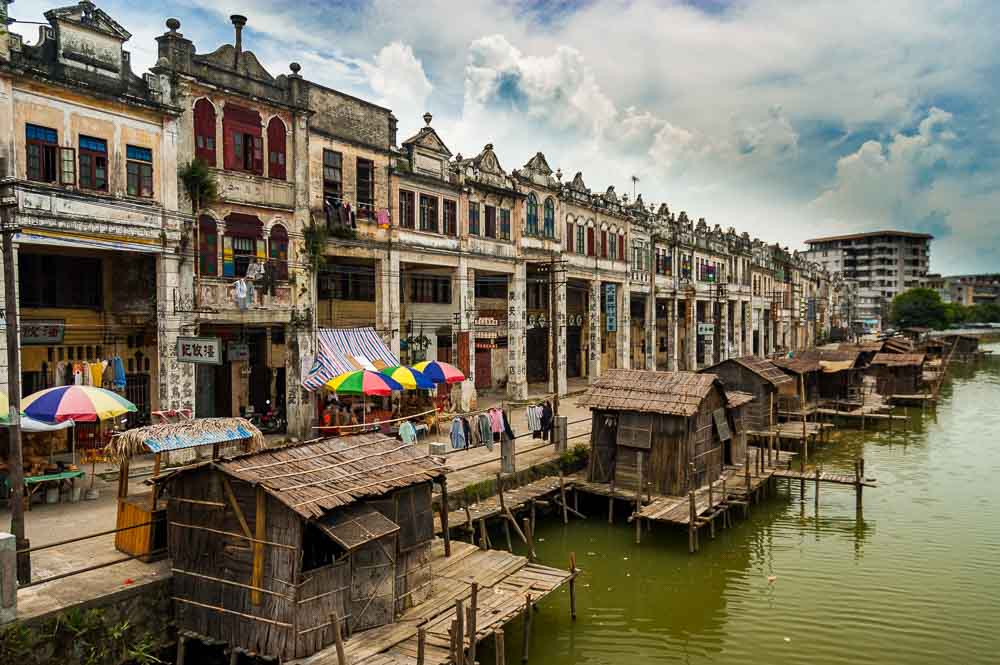