Faced with growing competition and fears of diminishing demand, operators in China’s MICE industry have found strategies to overcome these challenges and stay profitable.

Two years ago, the MICE industry in China appeared to be in disarray. President Xi Jinping’s anti-corruption drive and the campaign against government luxury spending left most officials scared to be seen anywhere near a five-star hotel. Coupled with large numbers of new hotels opening their doors, the MICE industry seemed to be in a state of oversupply and plummeting demand.

Fast-forwarding to today, it seems that the industry has adapted and is once again thriving. The widely predicted cutthroat price competition between chains does not appear to have happened. “Companies who choose to have events in five-star hotels have a corresponding budget, otherwise they would choose an exhibition hall. And the five-star hotels know this,” says Jennifer Fan, assistant general manager of RodVision International Co, which designs stands and branding for exhibitors. “Hence, getting a discount from a five-star hotel can be difficult.” 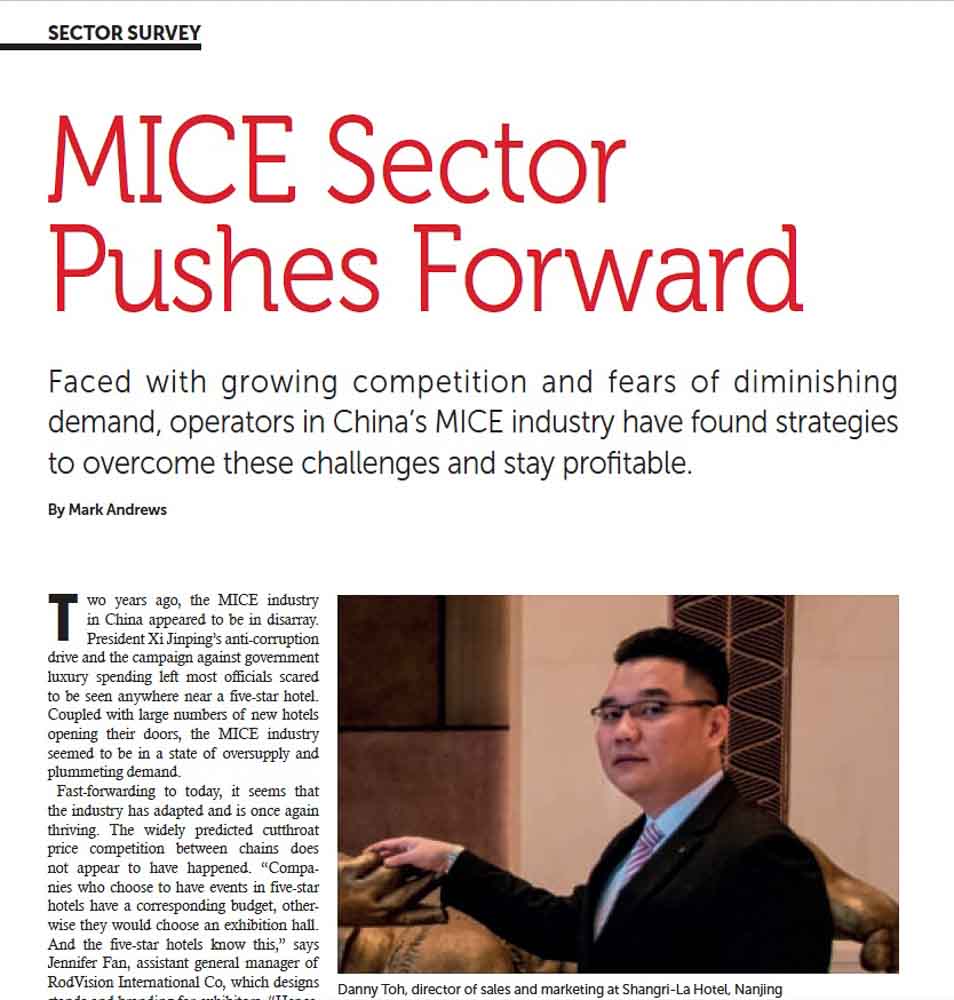