Shaun Rein’s third China book distils complicated ideas for easy reading with dialogues and case studies in each chapter, but he only quotes privileged and top-tier individuals and the book suffers from bad editing

Shaun Rein cemented his position as an expert on doing business in China through his previous books, End of Cheap China and End of Copycat China. Many will have listed to Rein because he married into Chinese political royalty – his wife is a granddaughter of late PLA marshal Ye Jianying – and mixes with many of China’s movers and shakers.

But the title of Rein’s latest offering, The War for China’s Wallet, may mislead readers into thinking it will reveal how businesses can sell to Chinese consumers. While it does touch on this, it ultimately never fully delivers. Instead the first three chapters deal with the geopolitical situation – Rein believes the policies of US presidents Barack Obama and Donald Trump have left a power vacuum that China has filled and is now manipulating for its political and economic advantage. 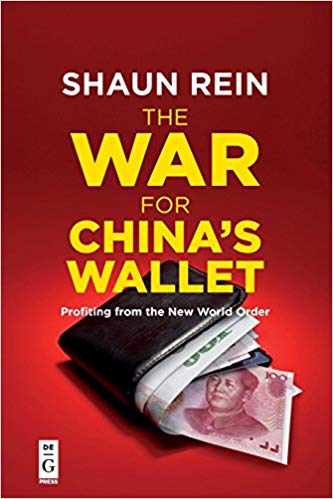