City on the Brink.

Ex-diplomat Tess Johnston mourns the loss of the architecture that kept her in Shanghai for decades, writes Mark Andrews

I don’t do questions on politics or economics,” quips Tess Johnston at the end of her talk. Ever the diplomat, the retired US Foreign Service officer who has since become part of Shanghai society, has been regaling an audience with extracts from her memoirs Permanently Temporary (Old China Hand Press).

Subtitled From Berlin to Shanghai in Half a Century, it looks back over her life, including 33 years in the Foreign Service. Starting in shattered post-war Berlin, Johnston skilfully whisks readers through the Vietnam war, the discomfort of camel rides, the intricacies of peacock flight and finally to 1980s Shanghai. 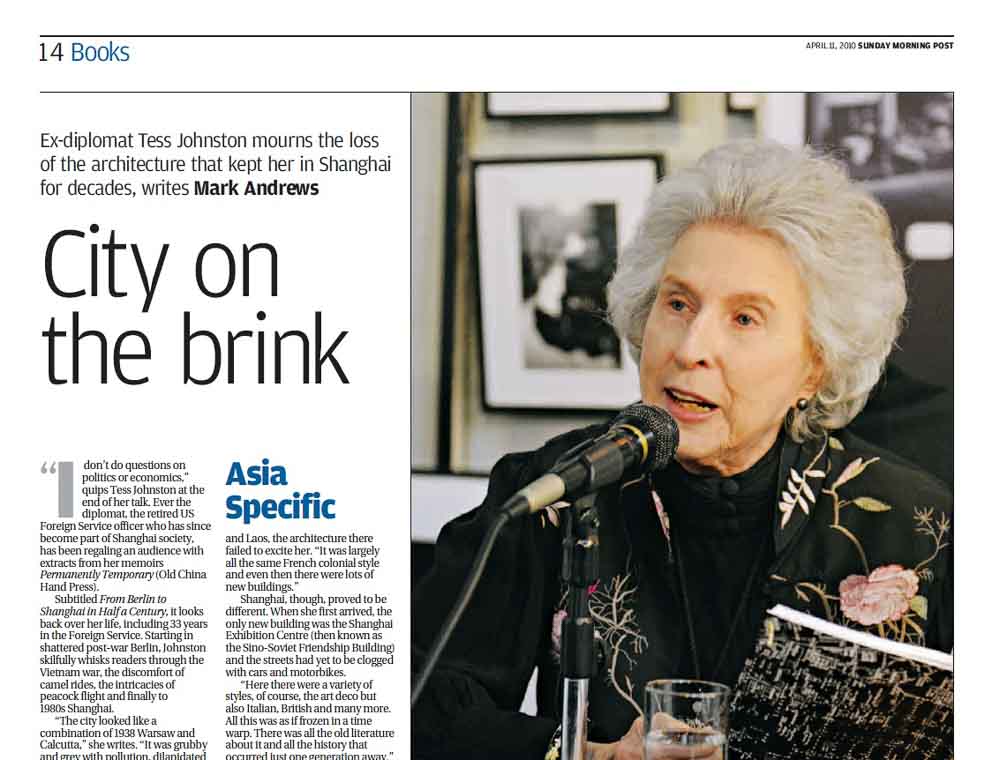