One item on the agenda at the ASEAN summit in Phnom Penh this month will be boosting trade within the region. Improving the infrastructure links between the member states is crucial and in Cambodia this means getting the railway back on track.

A glance around Battambang station reveals just how much of a mess Cambodian Railways are in. Cows graze between missing rails in front of the station building, whose clock eternally shows 8.02. The last train was seen around five years ago which is just as well for the locals growing their vegetables between the tracks. The railway system consists of a Northern Line (NL) and a Southern Line (SL). Problems came to a head due to the decades of civil war and lack of funds for all but the bare minimum of maintenance. The last train to traverse the SL took 28 days to cover 256km thanks to a string of derailments and other problems.

Unfortunately this article is no longer available on the website and I do not have a pdf. 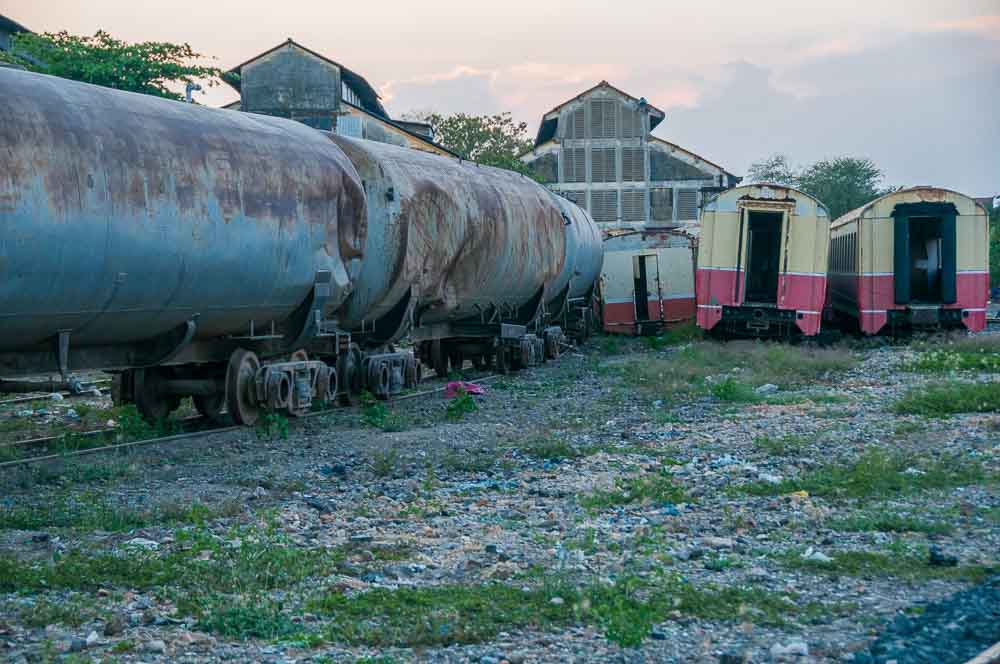