Nissan is not a name that most people would associate with supercars but the GT-R can hold its own against the European competition. Godzilla, as it is nicknamed, is a monster that has a small yet dedicated band of followers in China.

It’s no accident that Bentley chose Beijing for the international media drive of their new Flying Spur. Greater China is now their number two market, and accounted for 45 per cent of sales of the first generation Flying Spur which, with the new model, they are hoping to increase to 60 per cent.

Bentley is keen to point out that the latest Flying Spur is an all-new model, but with its evolutionary approach to design, it could well pass for a facelift of the previous generation. Going along with the dropping of the Continental name, the headlight arrangement is no longer the same as its GT sibling, and the outer lamps are now larger than the inner ones. There is a less boxy look than the old model with sculpted lines running the length of the car. Surprisingly, the car is a slippery beast with a drag coefficient of only 0.29. 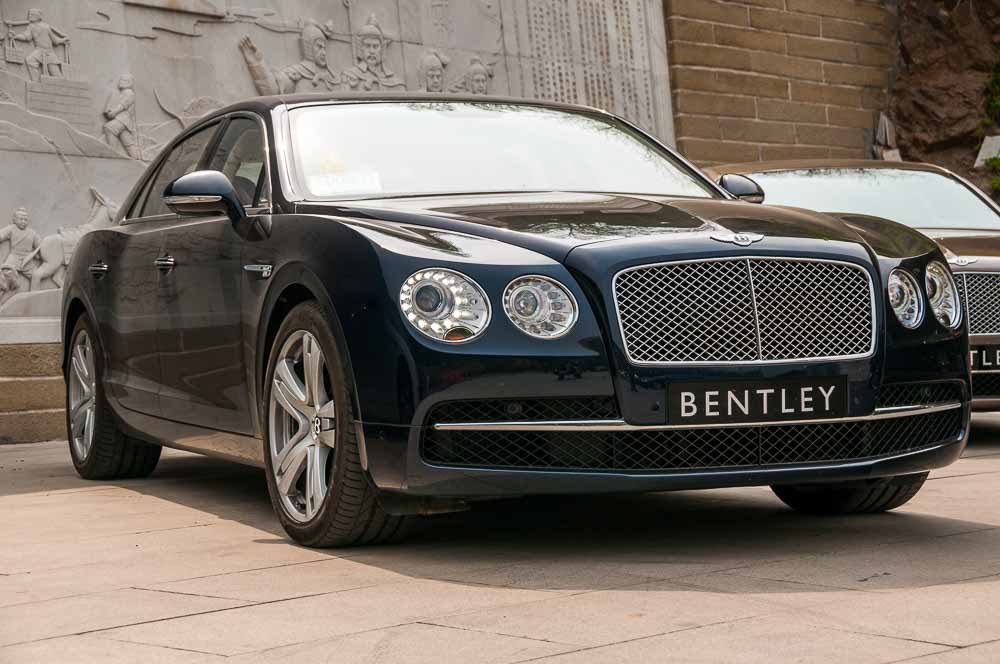