Directly selling to Chinese customers can be a big investment for Swiss companies, but it is getting easier. The Bridge speaks to Alfonso Troisi, Country Manager of Nespresso, about its experience of bringing premium coffee to Chinese consumers.

Can you give a brief rundown of Nespresso’s history in the Chinese market?

Nespresso began as a Swiss company in 1986. Very early on we tested the concept in Japan and then rolled it out in a variety of European markets. The idea was to offer the same coffee bar quality of experience at home.

Nespresso entered mainland China in 2007 with plans for boutiques in Beijing and Chengdu – the first one opened in Chengdu a few months earlier than the one in Beijing. The plan was to have a footprint in different city tiers, not only in Beijing or Shanghai. 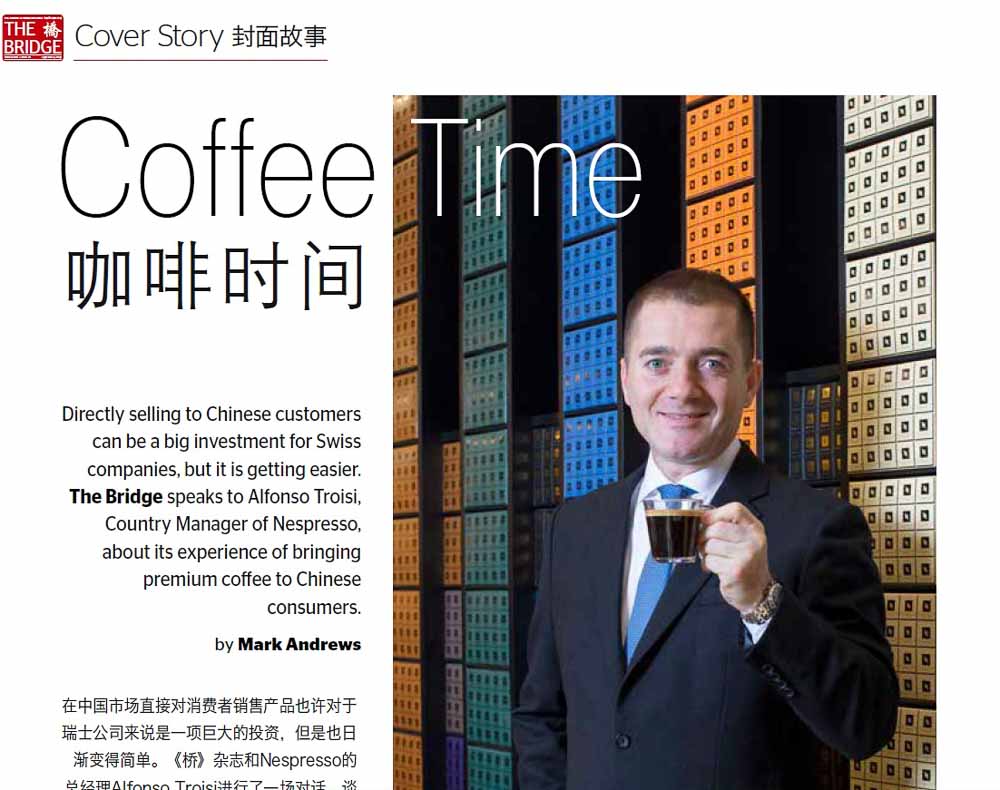