Managing the Problem of Piracy. A Look at the issue of protecting IP rights in China.

Managing protection of intellectual property is one of the perennial challenges for Swiss businesses in China. The Bridge looks at what can be done in order to achieve the best results.
Over the years there have been a number of high profile cases that have brought out in the open the threat that foreign companies face in protecting their IP in China. In the automotive sector, Land Rover and Porsche, for example, have claimed to have been victims, but chose not to pursue any action. This decision may well be because of the patchy record of Chinese courts’ rulings on these matters in the past. An earlier attempt by Fiat in 2008 to stop production of the Great Wall Peri (which it claimed was a copy of the Fiat Panda), resulted with the action being dismissed in China, while an Italian court ruled in Fiat’s favour and banned sales of the car in Europe. 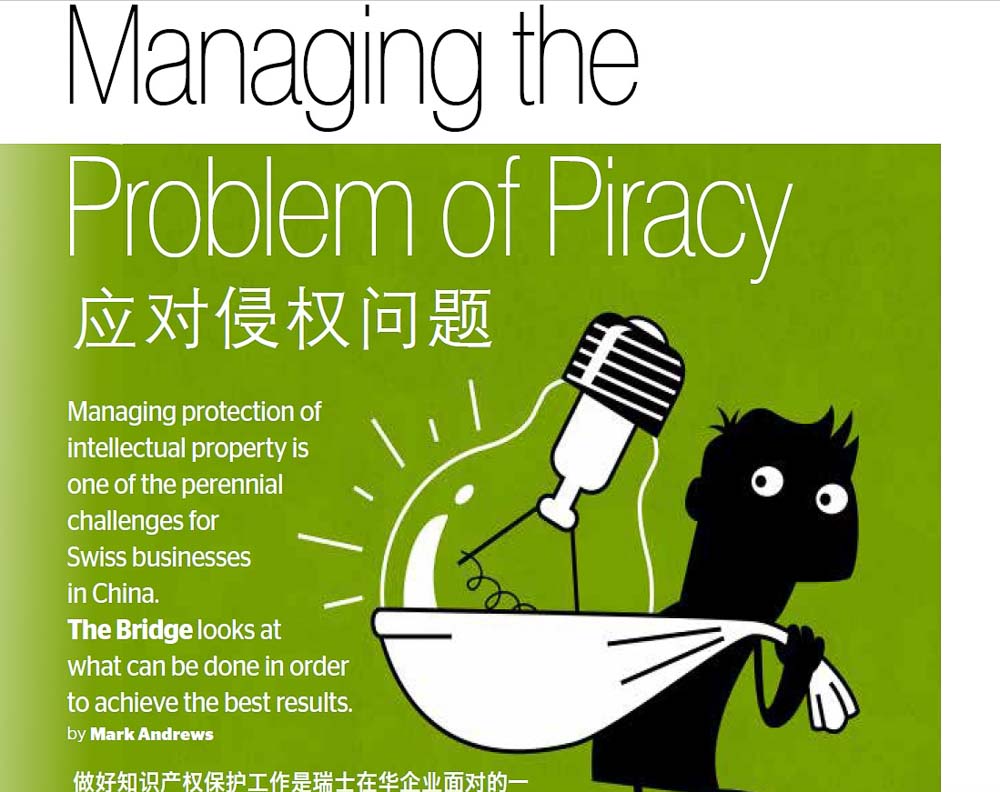