Trading Up. Article looking at the Sino-Swiss Free Trade Agreement and the experience of companies with it.

Although implementation problems still remain with the Sino-Swiss Free Trade Agreement, Swiss and Chinese companies are increasingly taking advantage of it, and trade between the two countries is flourishing. A follow up to an article I did a year earlier.
When The Bridge last examined the Sino-Swiss Free Trade Agreement (SSFTA) in its Autumn 2016 edition there was still much negativity as to the benefits that it had brought, particularly from the SMEs interviewed. The Agreement, which came into force in July 2014, was supposedly giving eligibility to 99.7% of Chinese exports and 84.2% of Swiss goods for zero rate tariffs, but few companies interviewed at that time said that they had experienced much benefit to their bottom line. A year later, however, there are signs that more companies are beginning to experience a real benefit that adds to their competitiveness. 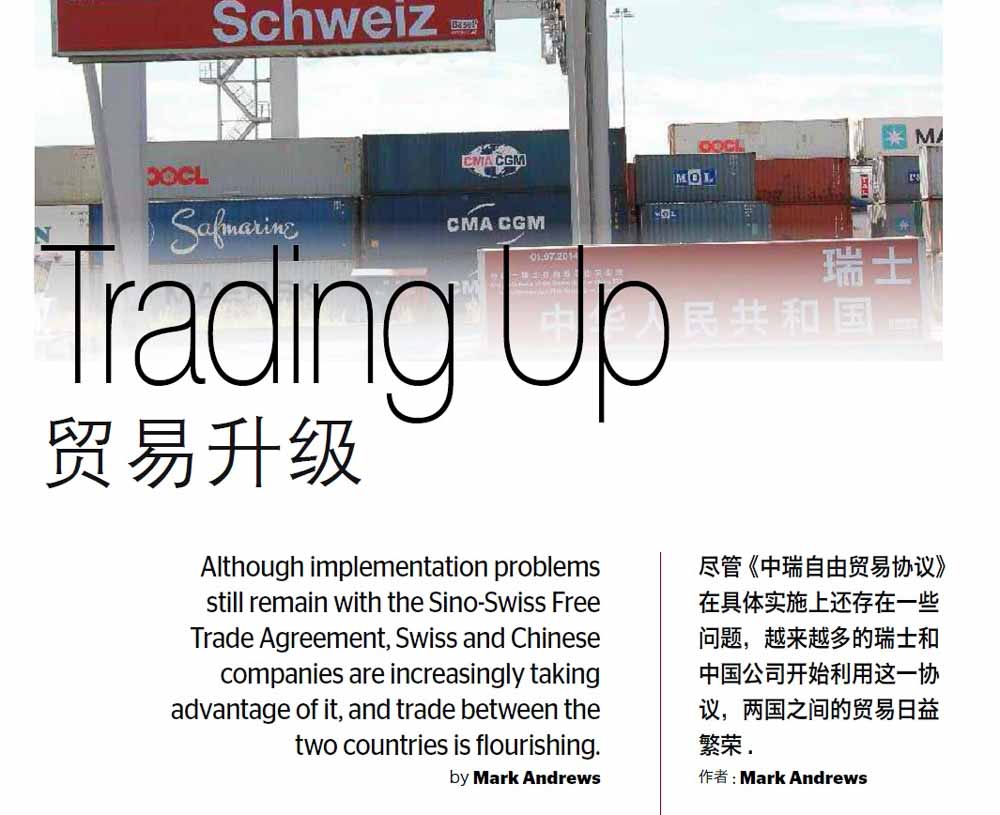