Work in Progress. Article on the Sino-Swiss Free Trade Agreement.

For the vibrant Swiss SME sector, the Sino-Swiss Free Trade Agreement is still not bringing many tangible benefits after two years of operation. However, SME firms trading between the two countries are confident that in time benefits will be forthcoming.
Chinese Premier Li Keqiang signed the first free trade agreement (FTA) between China and Switzerland on his official visit to the Alpine nation in May 2013, before a second signing later in Beijing in July. This marked the culmination of a process that started with a feasibility study in 2010. In July 2014 the agreement came into effect and covers a far greater area than just trade, encompassing protection of intellectual property, parallel agreements on employment and labour, investment promotion, technical cooperation and environmental protection. As a result of the agreement Zurich has joined a select group of financial cities as a trading hub for the Renminbi. 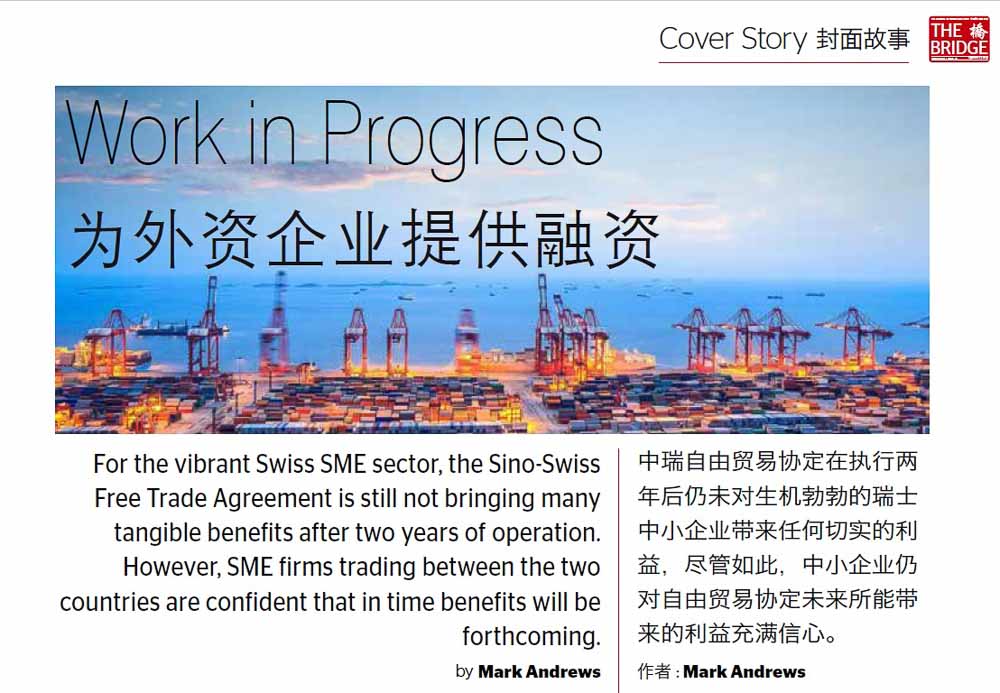