How it is possible to eat, pray and love all on Bali and there is no better place for this than the cultural capital Ubud.

When Elizabeth Gilbert set out on her year long voyage of self discovery and wrote the bestseller Eat Pray Love, later tuned into a film starring Julia Roberts, she chose Italy to eat, India to pray and Bali became the place she found love. It is just as easy, to simply do all three on Bali – and there is nowhere better than Ubud, the island’s cultural capital.

While Indonesian food is ubiquitous in many of the restaurants catering to foreigners, Balinese food is distinct. One notable difference is that because Bali is Hindu, unlike the rest of predominantly Muslim Indonesia, pork is on the menu. However, it is the liberal use of spices such as tamarind, cardamom, kaffir lime leaves, and galangal that makes the most notable difference. 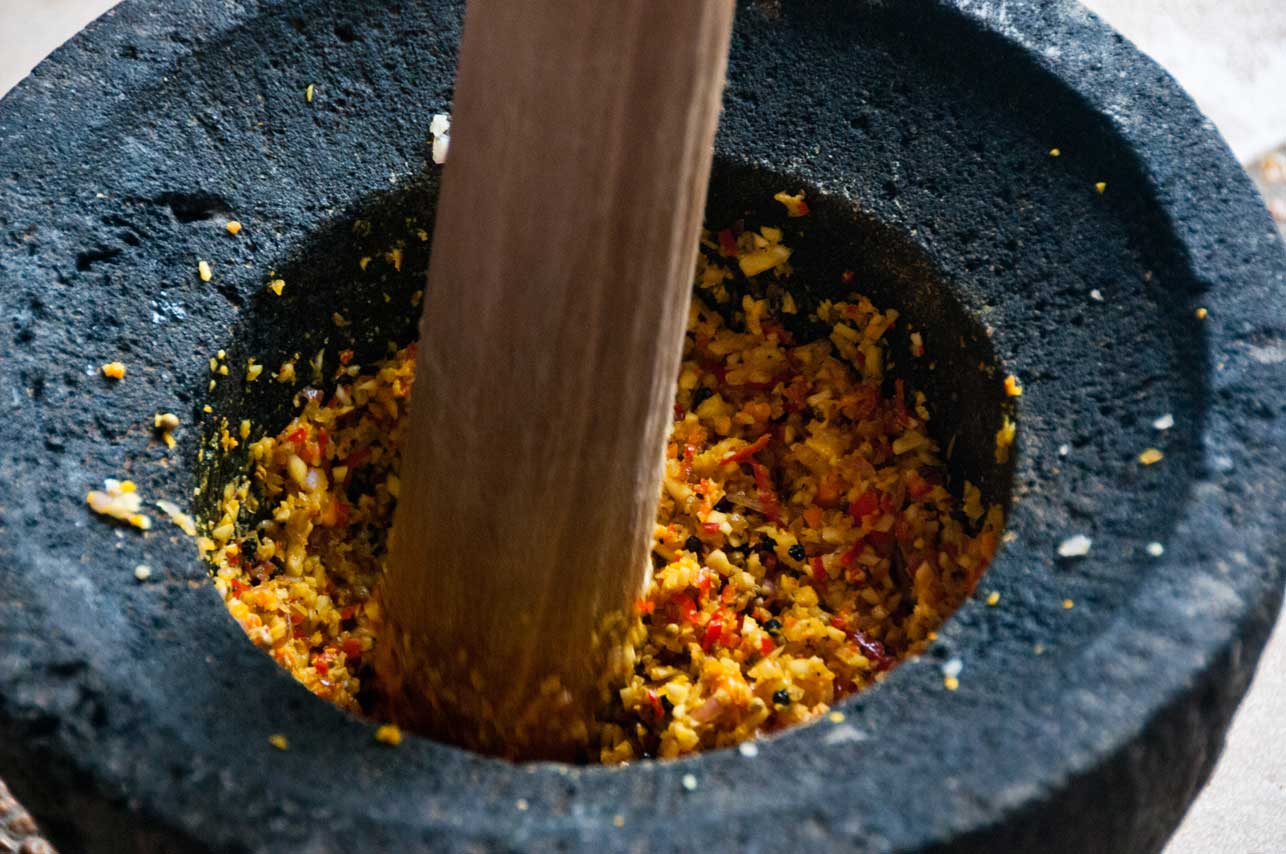