The extension of Shanghai’s subway line 9, a legacy of last year’s World Expo, has really opened up the lanes of Tianzifang. Also sometimes referred to as Taikang lu Art Street, the area is full of old factories and traditional Shanghai-style buildings that have been converted into gorgeous shops and restaurants.

Shikumen are residential homes in a style unique to Shanghai – two or three storey buildings that combine Chinese and Western design. First appearing in the nineteenth century they reached their zenith in the pre-war era and once made up the majority of housing in Shanghai. Shikumen were arranged in alleyways and were known for their community spirit. In Tianzifang where artists, shop owners, restaurants and residents coexist, this tradition remains. 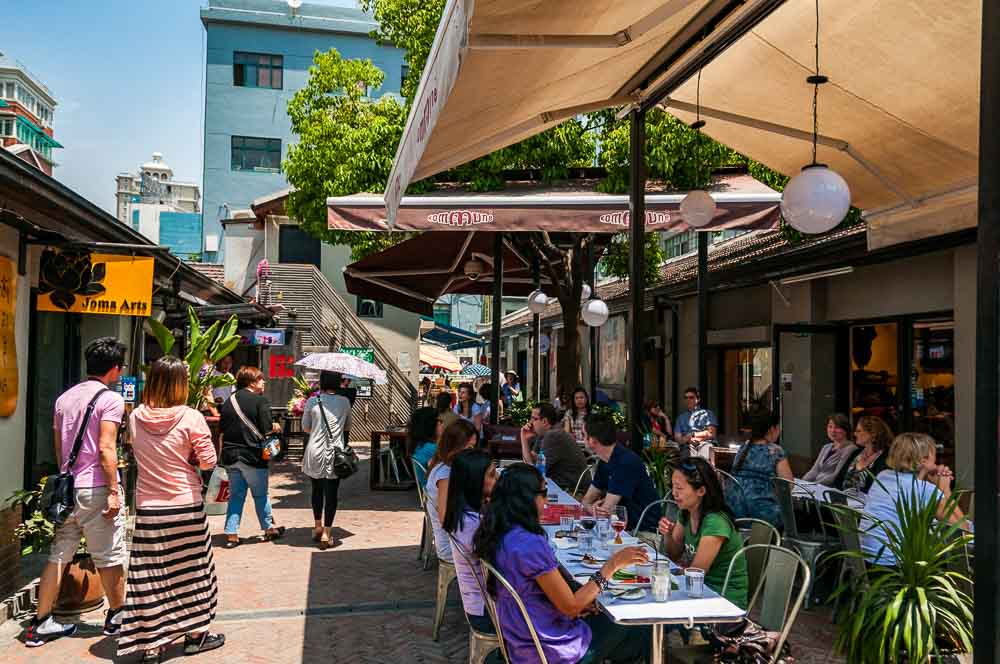